What Is In a Name? 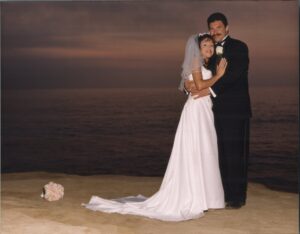 What is in a name? Well apparently, a lot – especially for me! I am going to make an exception on this blog and share an important personal message.

I think a lot of you will relate and hopefully enjoy this story.

When I was born, I was given my first, middle and last name. My dear mother and father tried to conceive for several years, without success and decided to adopt. A few months after the adoption process began, my parents did conceive…. to everyone’s amazement! Then, in February 1954, I was born! Three years & 9 months later, my brother, John, was born!

As for many of you, my given names were given in memory of loved ones. The first part of my name “Rose” was in honor of my Aunt Rose, who raised my father and his sister after their mother passed away at a young age. My middle name was very meaningful to me. It was in honor of my maternal Grandmother, Frances with whom I have so many cherished memories; including traveling many summers to visit Aunt Rose, cousins and uncles in Missouri.

That is the history behind my first and middle given names. But as many women experience, I have taken on more than one last name. In honor of my husband, Doug, I have legally taken on his last name. – It is kind of a long story, but please humor me! … My husband was given his last name (MacDonald) after his mother’s first husband. It was not until meeting Mr. MacDonald again 50 years later, he was told that was not his legal name. His true last name is “Kingsbury”. Thus, Doug legally changed his last name to Kingsbury…..and I was still a MacDonald!!!

I knew I was going to change my name- but wasn’t sure of how or when. What motivated me was our experience on a cruise ship. The steward addressed us as “Mr. Kingsbury and Mrs. MacDonald!” (making one wonder if we were having an affair lol). We still laugh about it to this day! Consequently, Doug asked me if I was okay with legally changing my last name to “Kingsbury”. Of course, I agreed! I wanted to take on his official last name, and I legally have!

So, now you will see my “new” name everywhere!!!! I am proud to go by Rosanne Kingsbury. That’s the new me. ‘Just wanted to share the news and my personal story behind taking on the name of my wonderful husband, Doug.